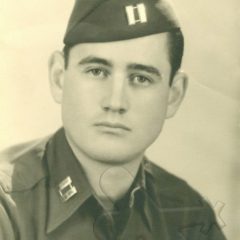 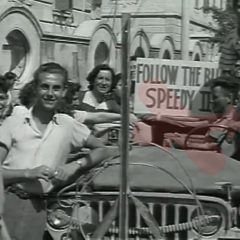 Most of the main units participating in the race to Rome claim to have been the first to enter the eternal city. However, a single unit penetrated first into Rome, not by marching but by fighting. We can not consider a few men entering the capital as the first unit to have entered it first, as some elements, some of which have been lost or failed to respect orders.

On June 4th, a patrol of 6 men of 3rd Platoon, 88th Reconnaissance Troop enters Rome at 7:30 on Via Prenestina. This patrol was later credited with being the first element of the V Army to have entered Rome. At around 7:15 am, the jeep and its six men set out to advance cautiously and go beyond the entrance sign of Rome and continue for another 1.5 km until a small train station where a German machine gun opens fire on the patrol. Due to the danger and their orders, the patrol drove back and S/Sgt. John Reiley reports to his Platoon Leader that he entered Rome. Cpl. Cassie W. Kuenim, T/5 Roy T. Cutler, and the Pfcs. John E. Cottrell, Matthew J. Fitzpatrick and Michael J. Regan confirm Reilley's report.

An hour before them, another unit enters the suburbs of the capital. The orders of the Force on June 4th is to penetrate the city and secure the 6 biggest bridges on the Tiber river. At 4 o'clock in the morning, the 2nd and 4th Company of the 1st Regiment mounted the tanks of two companies of the 3rd Battalion, 13rd Armored Regiment of the Task Force Howze in Finocchio and at 5 o'clock they set out to capture the bridges in Heading towards Centocelle district about 4 kilometers to the east, in its outskirts. In its movement, the column is joined by some half-track M3 of the FSSF, being at the head of this unit : Frederick himself.

Behind the group of the Task Force Howze follow elements of the 351st Infantry Regiment and eight armored vehicles of the A Company, 81st Armored Reconnaissance Battalion. At 6:20, the head of the column pierced the city limits and at 6:30, two tanks were suddenly hit by anti-tank fire maneuvered by irreducibles Fallschirmjäger

Let's go back 30 minutes earlier... Capt. Mark Radcliffe of the First Special Service Force was briefly captured and tortured at Anzio. On June 3, 1944, he received the task of leading a force of about sixty men, 17 jeeps and 2 M8s accompanied by the Task Force Ellis to enter first in Rome. At 6 am on June 4, 1944, Radcliffe crosses Porta Furba on Via Tuscolana with his contingent and is the first force to enter the eternal city. They will have all the smuggling to take care of two Tiger tanks and positions of snipers and machine guns.

And for one last story, on the morning of January 22, 1944 during the landing of Anzio, a reconnaissance jeep of Col. William O. Darby' Ranger Force drive to Rome, 50 kilometers away, and discovered that the road was clear. It was after two hours that the jeep came back. Nothing will be tempted to take Rome in the days that follow, and it will take four months, on May 23, 1944, for Operation Buffalo to be launched.