Several patrols of 15 to 40 men are often organized but since early October snow does not make things easy. One more thing before he collapsed, the enemy carefully undermined lines of communication.

Lt. Col. Wood Joerg then asked for volunteers with experience of skiing to form long-range patrols in the snowy mountains, ten patrols are then formed. These patrols sometimes within the feat because many men of the battalion had never seen snow!

Ironically, the 551st PIB, a unit trained for combat in the jungle and in a tropical environment, stands out as a troop of mountain evolving under extreme weather conditions! These men sent to Auron in small groups receive ski lessons, in order to patrol the Franco-Italian border in search of 4th Höhesgebirgesjäger’ Austrians.

To carry out their mission, the paratroopers are equipped with reversible parka, ski and snowshoe. A ski patrol consists of 15 men can go 25 until 30 kilometers on the hills and in the mountains in order sought contact with the enemy or follow his movements and activities. 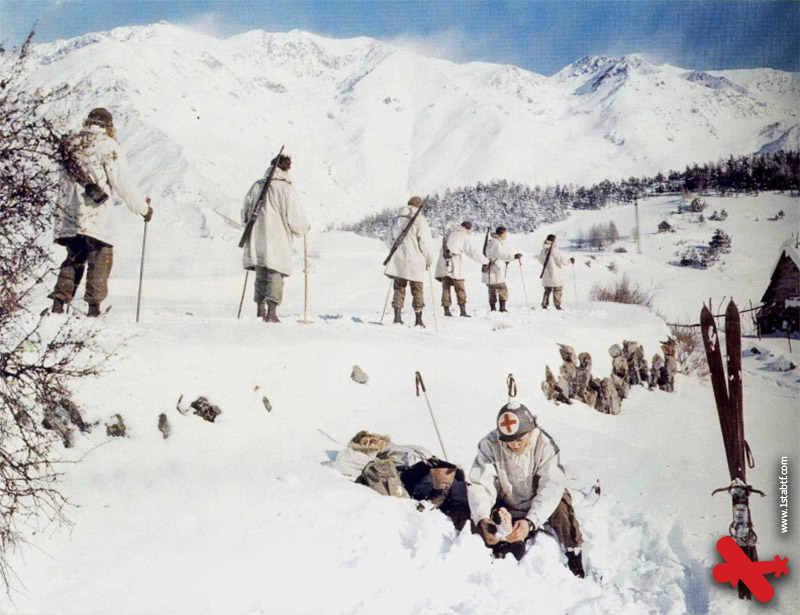