Serial 4 is the first airborne serial after the Pathfinders. Approximately six hundred paratroopers from the 509th Parachute Infantry Combat Team take off from Follonica airfield aboard 45 aircraft from the 442nd Troop Carrier Group. The first three aircraft in the serial carry 50 men from the FABTF HQ, including General Frederick who must jump between La Combe and Le Muy, near Le Mitan. The objective of the other aircraft is the Drop Zone C located on the Hauts-Pétignons, south-east of Le Muy. The mission of the paratroopers is to take the heights south of Le Muy and made a roadblock on Le Muy-Sainte Maxime road.

According to the plan, the Serial 4 drop takes place at 4:25. Despite the fog and apart from four sticks, all land on the DZ C.

The 1st Platoon of the 596th Parachute Combat Engineer Company attached to the 509th Combat Team is dropped to a few hundred meters to the southwest of the DZ C. The objective of the company is to seize bridge over the Argens river which is done without difficulty.

The paratroopers of the 509th collect their equipment mostly hung in the trees and gather after half an hour. Captain Bud Siegel A/509 commander can not contact the other companies because his radio Cpl. Edward F. Wojick lost his equipment.

At dawn, Siegel and his company find themselves on the hill south of Le Muy and has a perfect view of the city. The 1/596 also secured the bridge over the Argens river which was its objective.

Two 463rd PFAB guns are placed in firing position in the batten. The other two are put in position at 15:00. HQ and D Battery move to their positions throughout the mast and early afternoon.

On the Sainte Maxime-Le Muy road in Les Preyres area, the D Battery's artillerymen set up a support point with bazookas and machine-guns to the south. The PC is set up at Les Hauts Petignon. In the afternoon, 22 shells are fired by the 463rd PFAB, while the Five O 'Niners try to reach Le Muy by the bridge of the Nartuby River.

1st Lt. Kenneth Shaker, of the A/509 then dispatches another patrol north of Le Muy, which installs an observation post in a small farm a few meters from the road leading to the city. Communications are bad then messengers are sent. 2nd Lt. Solomon Weber (Communication Officer) is asked to extend the communications with cables what he does after half an hour. 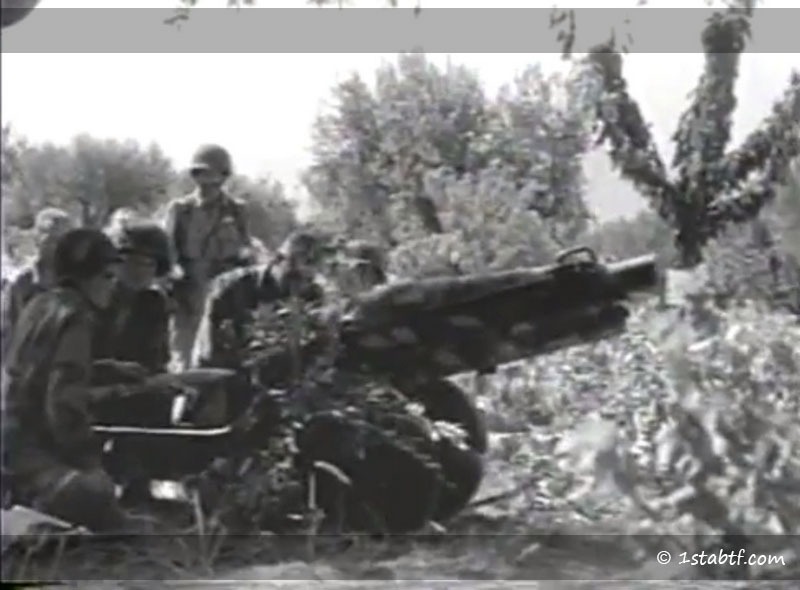 Mortars of 60 and 81mm as well as machine guns are positioned on the heights south of Le Muy and instructions are given to fire only on order. Regarding the patrol sent north of the city, the Germans become nervous and shoots in the woods where the troopers are supposed to be. The mortars are ordered to fire, and the German column fled. Shortly afterwards, a machine gun was placed in another farm near the observation post.

Shortly before the 509th attack on Le Muy, Brigadier General Butler arrived at the battalion's PC on the DZ C and provided him with some Sherman tanks to support the attack on the city. The assault begins at 12:30 with two platoons supported by the 463rd PFAB guns as well as the LMG and Mortar Platoon of the HQ Company. The 1st platoon attacks on the flank, while the 3rd platoon attacks frontally. The 2nd platoon remains in reserve.

Significant enemy fire strikes the American assailants. The 1st platoon, which must flank the enemy positions on the left flank, engages in a short but fierce fight and the artillery neutralizes two blockhouses so that the platoon can advance again and again engage the fight with the Germans where the paratroopers capture two houses. At 1.30 pm the promised tanks arrive and fire on the fortified positions. The 2nd platoon stay in reserve, climbs on the tanks and starts to advance in Le  Muy.

At 4 pm, a message is received which said the 550th Infantry Airborne Battalion is in Le Muy. Several prisoners are made by the Able Company of the 509th Parachute Infantry during this action. Le Muy is taken on 16 August in the afternoon.