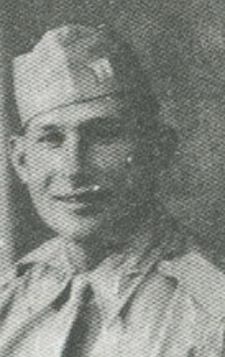 As part of the invasion group of Italy in September 1943, Diversion Task Group 80.4 got the mission to conduct various operations north of Naples, and seize several small islands in the Ponzianes archipelago and in the Gulf Of Naples. Destroyer USS Knight, two Dutch gunboats, several Engine Launch of the Royal Navy (speedboat), torpedo launcher and submarine hunters are assigned to the TG 80.4 for operation.

1st Lt. Charles W. C. "Chuck" Howland commander of the 509th Scout Company embarks with its 46 troops in the PT Boats. Some OSS agents also embark with them.

Just before midnight on September 8, the TG 80.4 approach Ventotene island, shortly after the announcement according that the Italian army surrendered. Along with the TG 80.4, John Steinbeck, war correspondent attendant with the New York Herald Tribune. Steinbeck was asked to drafted an application for capitulation to be issued by one of the loudspeakers, to warn the garrison of the island that would be bombed if it did not surrender in 15 minutes. Soon after, three white flags came out to signal their surrender.

The Italian forces on the island immediately abandoned not like the Luftwaffe garrison in the hills which surrender the next day after being convinced that they face a force more powerful than theirs. The radar on the island is captured intact to be examined by allied technicians.

The bluff employed 1st Lt. Howland and his Scout Company repeated several times. Between 13 and 14 September, troopers 'free' the island of Penza. On the 14th, they decided to occupy the Ventotene’ neighboring little island, San Stefano. The next day, PT Boats picked up the Scout's 46 men to take them to Capri on 17 August. Howland is sent to Ischia on the 18th but finds the island already occupied by British Commandos. It was ordered to seize another island, Procida, located only 3.5 km from the coasts defended by the Germans. Howland discovered that the island had been deserted by its defenders.

At 2100 on the night of 15 September, the vessels, with Howland and his men, along with Fairbanks and Commander Wyburd (who was back from Ischia), left for Procida. Their arrival was only made dangerous by the fact tha the islanders, expecting a German landing, thought the small force was the enemy. With misapprehension cleared up, Captain Howlnd deployed his men to lookout posts, setting up a watch overlooking the narrow channel to the nearby mainland. All the while it was necessary to use local cover and concealment and keep to the shadows since it had been larnd that German lookouts n the cliffs across the channel had been ordered to fire at any movement. Aftr the troops had been billeted and arrangements with local officials made, Fairbanks returned to Capri. Wyburd was ordered on to Naples to make arrangements for fuel, provisions, and reinforcements.

On the morning of September 21, Howland sees a small German ship stranded on the reefs. Les "Five O 'Niners start shooting him with FM BAR, then mess up aboard boats to accept the surrender of the Germans. Having detected movement, German artillery from the coast began to bombard them. The boat receives a few shots but does not sink. It was only on the 8th of October, after the Germans had retreated from the coast, that Howland and his men could board the German ship and, with the help of a tug, take him back to Naples.

Howland and his troop had captured 3 officers and 133 troops.