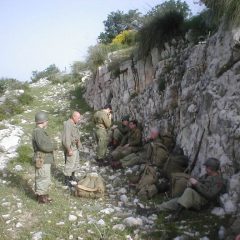 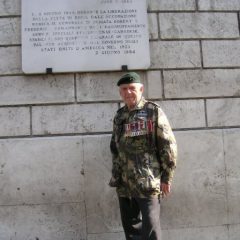 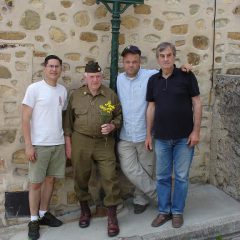 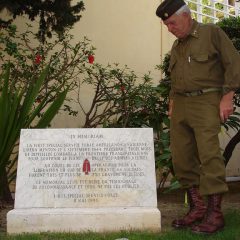 William 'Sam' Magee passed away on 18 September 2014 at the age of 91. Behind him, it leaves an unforgettable memory for hundreds of people, whether it be in Canada, Italy or France.

William Magee was born on 19 July 1923 and entered the Royal Canadian Regiment in September 1941 at the age of 17 years old only. William received the nickname "Sam" while in the Royal Regiment from the poem entitled "The Cremation of Sam Magee". After several training sessions, Sam joined the the all-new First Special Service Force.

Sam is now part of the 6th Company, 3rd Regiment, from the summer of 1942 to the winter of 1944, he is in this unit throughout his existance; La Difensa, Anzio, Mussolini Canal, race to Rome, the landing on the Hyères island, Grasse, Cannes, Nice, Sospel, Menton... He was on all fronts and all military operations of the FSSF was engaged. He was decorated of the Silver Star in Italy during the race to Rome as well as the bronze star in Southern France.

If you are told about Sam Magee, you will be told of a robust gentleman who had lost nothing of his youth, with a strong voice, dressed in a camouflaged jacket decorated with medals and a special forces beret.

After the war, Sam returned several times to Italy and in 2005 at the age of 82, he climbed again La Difensa he had stormed with the First Special Service Force, 60 years ago, with uniform and original mountain bag. On this occasion a commemorative plaque was placed on the mountain. It was the first time reenactors, with a veteran climbing La Difensa again, in uniform. Three years later, he returned in Southern France, invited by the members of the association "Battle Braus" in Maritime Alps and the following year for the commemorations of the landing of Provence. 2010 was the last year we see Sam in Southern France.