Many soldier routes are known and others unnown and the story of Glen Erickson caught our attention.

On D-Day, many paratroopers were badly dropped and scattered between the Var and the Alpes-Maritimes. Some have taken a long time to return to their unit. While his case is probably far from isolated, few stories told in such detail have come down to us. 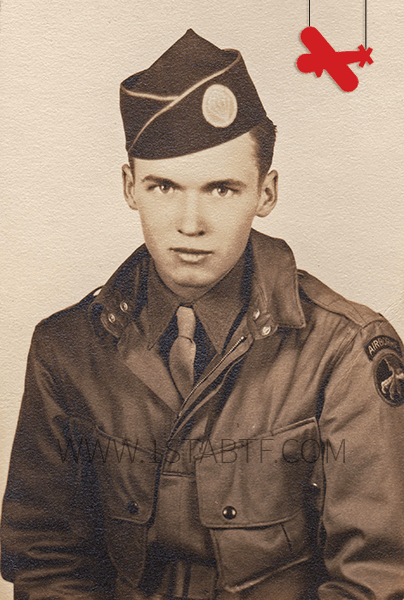 Pvt. Steven G. Erickson was reported missing in action from August 19 to 31, 1944. He had found himself with the 509th for more than 10 days, with no way to find his company.

The vast majority of men in Capt. John McKinley company managed to find their way back and entered La Motte on the morning of D-Day. This is not the case of Glen Erickson who finds himself fighting with the British north of Le Muy. The 2nd Independent Parachute Brigade is not far from the lines of the 509th Parachute Infantry Battalion which jumped south of the village. Erickson sits with Pvt. Walter D. Rommel. The two accomplices want to join their unit, but the British do not know its whereabouts. Unable to keep them in their unit, the Red Devils offer them to go with the 509th Parachute Infantry Battalion. 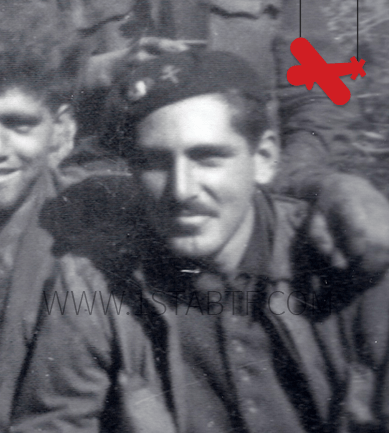 Pvt. Walter D. Rommel a few days after finding his company in the Maritime Alps. He and Erickson found themselves fighting with the 509th on the Riviera. (First Airborne Task Force, Michel de Trez – Dday Publishing)

A few days after the liberation of Le Muy, the First Airborne Task Force gathered near Puget-sur-Argens before continuing east and the Var river. Even there, they are unable to find their unit and on August 19 they are declared “MIA”: Missing in Action. Pvts. Glen Erickson and Walter Rommel will then participate in the liberation of the French Riviera with the 509th PIB. It is not known in which company they were, but on August 21, Glen Erickson remembers – without mentioning it – having attacked a castle near Cannes. This is the Château de La Napoule, the area of an intense battle with the German troops. He finds himself a grenade launcher attacking the castle. It is therefore likely that they were part of B or C Company.

The two accomplices will remain within the 509th until September 1, 1944, date of their reappearance in the Mornings Reports of the F Company. Glen Erickson will say about it: “We joined our outfit and were glad to get back. Captain Lissner, the assistant officer of the company, took a very dim view of Rommel and me. He had the idea that we had just been holed up somewhere waiting for the war to end. So he had both Rommel and myself write a complete record of what we had done – which we did. And boy, how both of us wished we could have had a copy of it. But of course we never got a copy. For all I know, Listener read it and threw it away. We don’t know. But we told him exactly where we had been […]. »

Arrived in Luceram on September 1, the F Company will leave for the Col de Braus and the assault of Hill 1098 for more than a week.

Thanks to his son for sharing his story with us.