Who was Gen. Frederick’s half-track driver ?

Who was Gen. Frederick’s half-track driver ?

On June 4, 1944, General Robert T. Frederick, commander of the 1st Special Service Force was wounded on one of the bridges over the Tiber river while trying to capture and secure it. Frederick was at that time on board a half-track, with a handful of Forcemen, an unknown Canadian and another man, his driver who lost his life during this lonely skirmish.

Very unusual for an infantry unit, where did this half-track come from and why did General Frederick needed it? 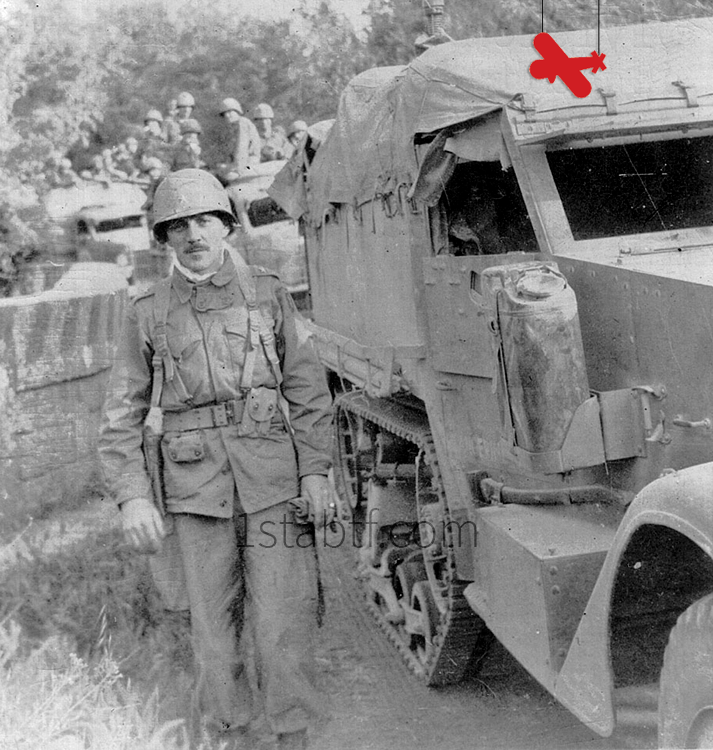 General Robert T. Frederick sided by his half-track on the “race to Rome”. Identity of his driver is still unknown. Behind him in a truck are members of the 6-3. The picture was probably took on the 3 or 4 of June 1944.

In April 1944, the 1st Special Service Force received a reinforcement of more than 950 men, Rangers, veterans of the 1st and 3rd Ranger Bn. and for the vast majority, of the 4th Ranger Battalion. In July 1943, as Ranger Force Lt. Col. William O. Darby landed in Sicily, his Ranger Force – unique – was provided with a “Cannon Company” or “Cannon Platoon” similar to the standard infantry units which were equipped with an Anti-Tank Company. This Cannon Company was used to support this elite outfit with few heavy offensive weapons available.

As the ranks of the Ranger Force transferred into the Force, the Cannon Company also joined the ranks. The Force itself then had four half-tracks and a command jeep. But Frederick had not taken place in a half-track armed with a 75mm gun. No.

A short time ago, I read a document entitled “Summary of our operations” covering the entire period of action of the Force and separated into several parts including “Supply”. In this document, we read that the Force received four half-tracks from the 39th Engineer Combat Regiment in anticipation of the Anzio breakthrough in order to be able to supply its forces closer to the front line. The question here is “how did the 39th Engineer get his half-tracks?!” This is another question which I don’t have the answer. I then thought that Frederick had received this half-track from the 39th Engineer. End of the story.

In reality no, these half-tracks will serve well to supply the unit throughout the breakthrough. As a result, the Force will have at least eight half-tracks during the entire ‘race to Rome’ operation. To this day, I still didn’t have the answer.

Finally, the answer reached me in another document, much more personal because it is an interview with General Frederick himself in the American Congress in 1949 (Thank you Brad!). Frederick himself recounts that on May 28, 1944 during the heavy fighting in Artena, he is given a half-track. Yes, but why? At this stage of the battle, the Force is fighting against fierce elements of the Luftwaffe armored division ‘Herman Goering’. Who means armored division means tanks. The Force then receives the support of several independent Tank Battalions but finds itself unable to communicate with the armored units, its radio equipment totally defective or unsuited to the radio waves used by the tank unit commanders.

This half-track is therefore equipped with a powerful radio, capable of communicating with the commanders of the armored units in support of the Force. Yes but to push the story a little further, where does this half-track come from? One of those armored units, of course! Yes but which one? No document in my possession made it possible to know this. This is obvious because in any case, the answer would not have appeared in any document of these units, because this half-track comes from the 1st Armored Division and more precisely from the 6th Armored Infantry Battalion which is not at all in support of the FSSF. How to know that? The bumper marking clearly confirms this! 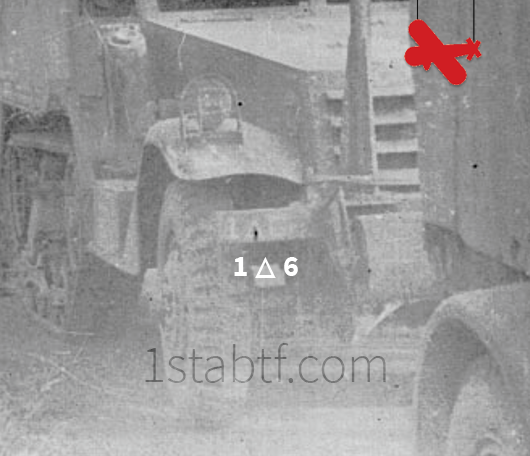 In an other pic (cropped here) we can see the bumber marking of his half-track, belongig to the of the 6th Armored Infantry, 1st Armored Division.

However the question is: Did the driver of the half-track come from this armored infantry unit or did a Forceman replace him? Namely that many Force personnel are former Armored Cavalry members and are quite capable of driving such a vehicle.

Arrives on June 4, 1944 and the entry into Rome. Frederick finds himself in his half-track with, according to Col. Burhans, author of “The Devil’s Brigade”: “…had with him Capt. McCall, Sergeant Pulley, Sergeant Martinez as radio operator, Martinez’s assistant and a Canadian who had been discharged from hospital a few days before and joined the Force. »[1]

As the situation in Rome evolves, Frederick decides to rush through the city with his crew to find out if the bridges over the Tiber are intact. At the sight of one of the bridges, German soldiers are seen and these shots at crew. The Forcemen replied, “the small skirmish that followed caused the Germans to withdraw, leaving several dead and a number of prisoners. The driver of the General’s half-track lay dead, the Canadian who had joined the Force without orders and had proven his worth more than once during the day had stopped a bullet in his shoulder. The General was wounded in the arm and leg. »[2]

Unfortunately, there is no information indicating the name of this driver. He does not appear in the list of the dead of the Force (having listed all the deaths and the circumstances of their death for the majority).

A man could “match”. Pvt. Melvin Barron. Pvt. Melvin Baron was 17 when he joined the army with the consent of his mother. Baron must have been accepted for his athletic physique. Having been a child of the farm he also had certain abilities such as driving trucks and other agricultural machinery. Melvin participates in the Battle of Anzio and the Breakthrough. When news of his death was announced, his family understood that he was driving a truck near the head of the armored column leading to Rome. His truck was reportedly hit head-on by tank fire. Over time, the memories of those sayings faded. Was Melvin driving a truck and killed by tank fire? a half-track in reality?! It could be, but the reality is quite different.

When entering the southern suburbs of Rome at 06:00-06:20, Melvin Baron was on one of the two leading tanks hit head-on by a ‘Brumbar’, a 170mm self-propelled gun and was killed instantly. 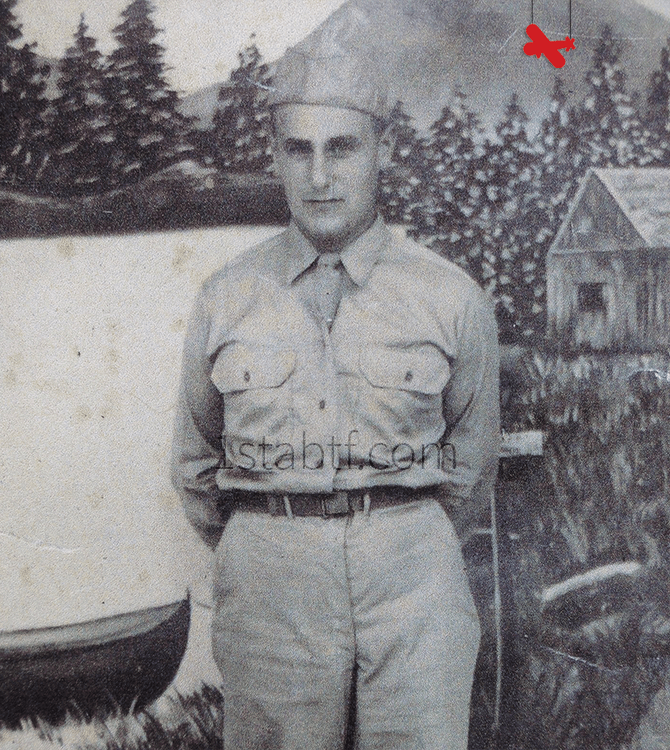 To date, the identity of the driver of this half-track is still not elucidated. Was he really killed? This story has been going on for years and is told in the majority of books on the Force: “Frederick’s pilot is killed on one of the bridges over the Tiber”, without anyone being able to reveal his identity. Today, this is still the case.

Unfortunately, the current crisis and the almost constant closure of the American archives do not allow this story to be elucidated and the documents are lacking.