Thomas R. Cross in born on February 1, 1919 into a military family three months after the end of the World War One. At the age of 20, he was accepted into the Civilian Military Training Camp Program. His father is the commandant of one of these camps. In a way, he learns the profession of soldier there.

His career really began in 1939 with his enlistment in the 115th Cavalry Regiment of the Wyoming National Guard. In this unit Thomas Cross learns to shoot a pistol on the back of a galloping horse. The Cavalry Corps is the origin of many great military careers in quite different units. In January 1941 he joined the 29th Infantry Regiment, a training regiment at Fort Benning, Georgia. He realizes shortly after that he wants to join a new corps : the paratroopers paratroopers. On two different occasions to transfer into the Airborne only to be turned down both times.  He came to find out that that his Father, then Chief of Staff of the 8th Infantry Division, had called upon his good friend Major General Bud Miley (who commanded the 17th Airborne Division) to reject each request for transfer.

What had not been taken into account is that the current regimental commander of Cross, is Lt. Col. Lou Walsh, who will himself become commander of the brand new parachute regiment of the 17th Airborne Division, the 517th Parachute Infantry Regiment. Lou Walsh needs a competent officer and asks Cross to join him. 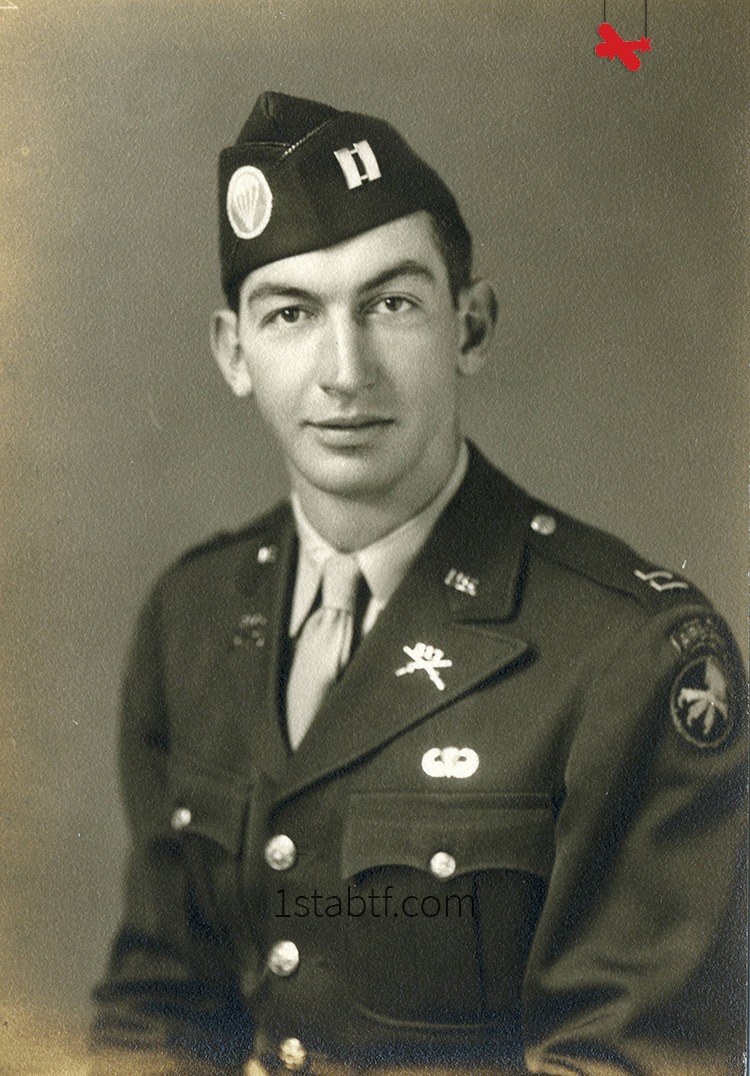 Later on at Camp Taccoa while Cross was leading a training run of his new Command (Company E of the 517th)  Maj. General Miley joined up in running with the formation and as he approached the head of the column looked over and saw Captain Thomas Cross.  Surprised to see him he asked him, “Tom ,what are you doing here!”  Cross answered, ‘Same thing as you General”.

During training in the United States, Thomas Cross will be promoted to Major and second in command (XO) of the 2/517th PIR under command of Lt. Col. Richard J. Seitz. 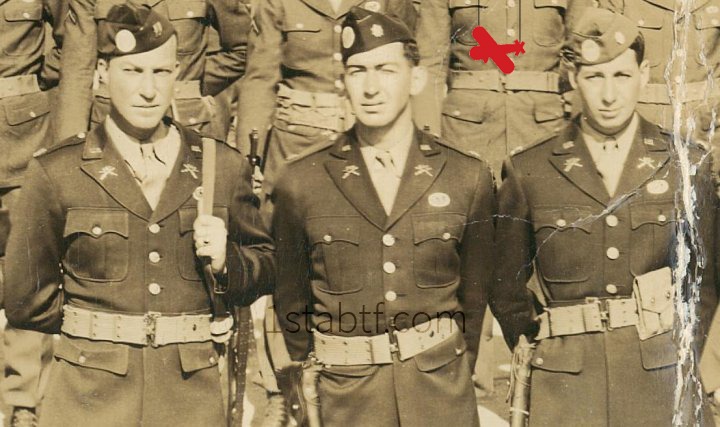 In the spring of 1944, the 517th PRCT arrived in Italy. Thomas Cross will lead part of the battalion there and witness the first victims.

On August 15, 1944, he took part in the drops of the Operation Dragoon but broke his ankle. Despite his injury, he will organize the equivalent of a company with several isolated paratroopers. On the way to La Motte, he met Lt. Col Seitz who himself injured his jaw by slamming it on the butt of his Carbine when opening his parachute. Arrived at the Combat Team Command Post at the Château Sainte-Roseline, he temporarily took command of the elements present at the headquarters until being evacuated to Italy. He will spend many weeks in convalescence without having participated in the other fights in the Var and Maritime Alps.

In December 1944, Major Tom Cross returned to La Colle (in Maritime Alps, where the Combat Team's assembly area is located) without having really recovered from his broken leg on D-Day. He became "Battalion S-3” and takes care of the operations of his battalion. When the RCT leaves for Belgium, Cross is on assignment for the XVIII Airborne Corps rest center in Paris. He grabbed a means of transport and headed to Belgium to meet the battalion at Mont Derrieux on January 1 1945. Dave Armstrong's report that day says: "On New Year's Day, several heavy artillery shells fell in the vicinity of the Battalion HQ. There was a direct hit on the CP, killing one man and wounding eight others. » 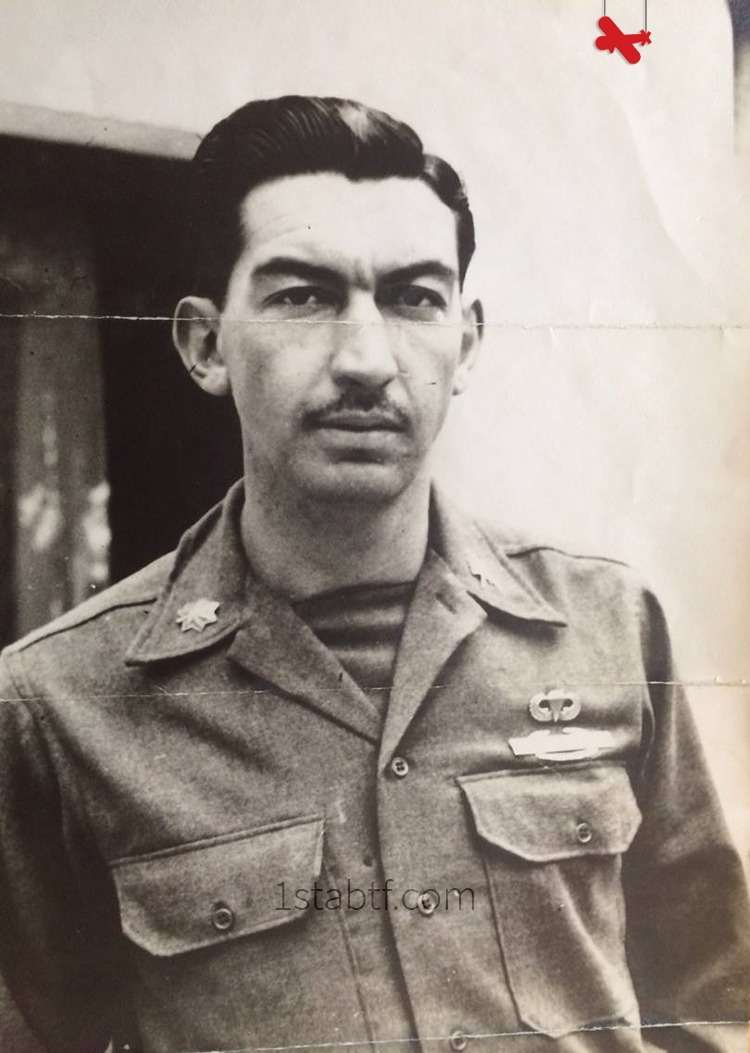 Tom Cross is one of the wounded. No sooner had he returned to combat within his unit than for his second "D-Day", he was wounded again! He tells : « The date of the incident was January 1.1945. The S-3 of Headquarters 2nd Battalion that was conferring with Dick and Dave Armstrong was 1st Lt. Peche. They were conducting a map reconnaissance of the proposed forward assembly area in preparation of our coming attack in the Trois Pont area. When the enemy round exploded in the rear of the farm house, I was in the act of briefing the advance party prior to moving to the Trois Pont area. This party consisted of company guides from each of our three Rifle Companies and our 2nd Battalion Headquarters Co. The entire party consisted of approximately 12 individuals. We were going to use two jeeps for transportation and they were loaded and ready to go. The enemy round came in and exploded in the midst of our group. […]
We were medically evacuated to a nearby Armored Division's Medical Clearing Station and from that point on I lost contact with those of our group that had been together up to this point. My troubles were not over for when I was evacuated to a nearby Medical Evacuation Hospital for emergency treatment, the ambulance driver became confused and took the wrong route that headed us for the enemy lines. Fortunately a Military Policeman stopped him at the last minute before crossing into danger and we were rerouted to the Evacuation Hospital. »

Wounded twice during the war, each time at critical moments and at the start of major operations. Did these injuries allow him to survive?

Thomas Cross will continue his career in the army and will finish with the rank of Colonel. He passed away on July 3, 2020 at the impressive age of 101. He is one of the men who forged the history and soul of the 517th Parachute Regimental Combat Team. He was buried in Arlington on Wednesday January 12 2022 with his wife Betty.