In May 2019, I published my very first book “The 517’s Gang” on the history of the 517th Parachute Regimental Combat Team.

I wrote in particular how a paratrooper had been savagely killed by the Germans at the Château des Serres, in the commune of Le Muy. Friends of mine quickly pointed out to me that this paratrooper had not been killed there, but at the domain of Clastron (or Château de Clastron). Disappointed and thinking I was making a big mistake when the information had been known for years, I decided to update it in the next version of the book. This information has therefore been changed in the English version (published in February 2020) and the tragic story of Joe O’Brien therefore appears in the chapter of La Motte.

This information comes precisely from Cpl. Harold Roberts of the Headquarters Platoon of the 596th Parachute Combat Engineer Company. Roberts is the witness of the – supposedly – ​​death of Obrien. He just landed in front of the Château de Clastron and found himself under enemy machine gun fire. During a lull, he sees how the Germans are unleashed on a man still alive entangled in his parachute. His story does not tell what the name of this paratrooper is. Over the years, this soldier was revealed to be Pvt. Joseph E. O’Brien of F Company, 517th PIR, missing for several days before being found. 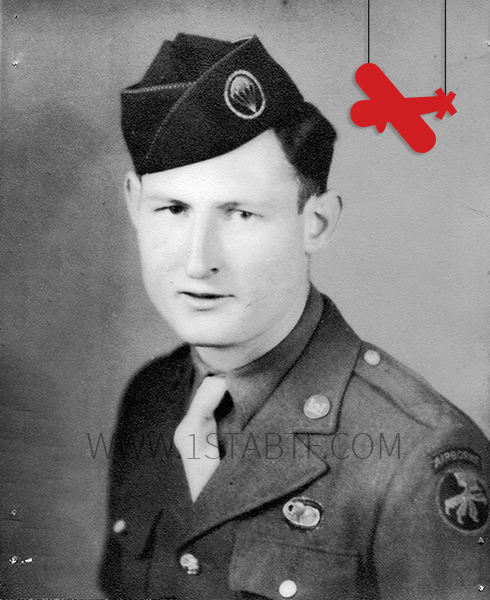 Back in the 90s, two friends hosted F Company veteran Gareth L. Davis. Gary Davis was one of Joe O’Brien’s best friends and didn’t know (or didn’t) until long after – according to stories told at the time – what had happened to his friend. He knew he had been missing.

Today, according to a new testimony collected, the death of Joe O’Brien would be quite different. On D-Day, Pvt. Steven G. Erickson of F Company jumps into the dark with the majority of his company north of Le Muy. The DZ is missed, but the objective of his company is to free the village of La Motte. During the night, while trying to regroup, he meets Joe Cook and Joe O’Brien. O’Brien is well alive and has managed to detach himself from his parachute.

While thinking of heading north, the compass of our three men malfunctioned and they unfortunately headed south and the outskirts of Le Muy. Steve Erickson then recounts: “Joe O’Brian whispered to me, “Just a minute.” I think he figured there were some GIs over nearby. I don’t know that for a fact. But he walked over, about, maybe fifteen feet away, and all of a sudden [brrt sound]—a Burp gun that fired […]. I knew that was a German gun. I think what happened, he had whispered or said the password, which I believe was “Layfayette.” As soon as he said that, or indicated he was an American, or somehow they figured he was, the Germans shot him. Well, little by little, I could hear Joe dragging himself back to where I was. He got to me, and he didn’t have to tell me that he had been shot. I couldn’t see the wound. Joe O’Brian was suffering terribly. He’d been shot about three or four times across his stomach.” 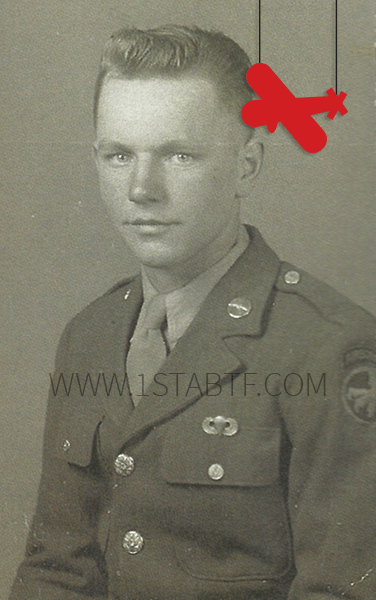 Pvt. Joe O’Brien was mortally wounded on the morning of August 15 north of the outskirts of Le Muy.

Out of fear, Joe Cook flees the path they took earlier, leaving Erickson and O’Brien alone. Erickson then administers morphine to reduce the pain. The two stooges are right next to the Nartuby River. Erickson then tells Joe, “I’ll go up the river, find some guys, and we’ll come back and get you.” It was my intention. “Okay,” he said. Now he felt fine, because the morphine had taken the pain to subside. »

Erickson then finds himself facing the Château des Serres. He finds an adjacent building near the river thinking he can pass through his basement so the Germans won’t see it. Discovered, the Germans threw grenades at him, but the British of the 4th Para Battalion, whose objective it was, attacked. Outside, the battle rages on. Erickson is ‘delivered’ from the basement by the British paratroopers who explain to him that they have found his friend Joe O’Brien and that they have taken him to a field hospital. That’s probably the reason why he was reported missing in action by his company.

To return to the testimony of Harold Roberts, who was this paratrooper manhandled – and very probably killed – in this tree in the Château de Clastron ? Only history will tell us.